You are here: Home / MidEastGulf / Hamas terrorist hails Iran aid as ‘essential for the resistance to continue’ 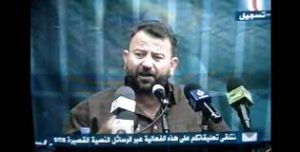 “On the one hand, there are countries that support Israel, and conspire with it day in and day out, and sacrifice Jerusalem and the holy places, and on the other hand, we have [Iran] which provides aid against the Israeli entity,” said Arouri.

“Who supported the resistance in Lebanon until it drove out the Israeli entity? It was Iran. Who supports the resistance in Gaza and Palestine? Iran,” he added. “Our relations with Iran are based on the fact that Iran is the most hostile country in the world toward the Zionist entity. Iran is the only country that says that this entity is cancerous. This is Iran’s official position….The aid Iran provides to the resistance is not merely symbolic. This is real aid, which is essential for the resistance to continue and be effective.”