You are here: Home / Mediterranean / Hamas recruiting Palestinians in Malaysia for attacks 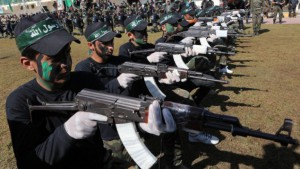 The Shin Bet security service has revealed new evidence that the Hamas paramilitary wing is recruiting and training Palestinians in Malaysia to carry out undercover operations for the terror group.

According to a report in Haaretz Tuesday, the security service presented detailed allegations of Hamas’s operations in Malaysia in a recent indictment against a Hebron resident who was captured in February as he returned to the West Bank from Malaysia.

In the indictment filed to the Ofer Military Court in March, 24-year-old Hebron resident Waseem Qawasmeh was charged with belonging to and transferring funds for a banned organization.

Qawasmeh said he swore allegiance to the Islamist group while studying at the Islamic University in Kuala Lumpur where he was recruited by a top Hamas activist in the university’s student association, according to the report, which cited the indictment.

According to the report, the recruits were expected to return home to act as undercover operatives and messengers for already-established Hamas networks in the West Bank and Gaza.

In a separate incident last year, a highly trained Hamas operative captured by the IDF during Operation Protective Edge confessed to investigators that he received military-style training in Malaysia and Gaza in order to parachute into Israel to kidnap and murder Israeli civilians.

According to the Shin Bet investigators, the man confessed to participating in a weeklong military-style exercise in Malaysia, along with 10 other members of the group.

Malaysia’s foreign ministry quickly issued a denial that Hamas fighters were training recruits on its soil at the time.