You are here: Home / Mediterranean / Hamas recruiting minors to carry out terror attacks in West Bank 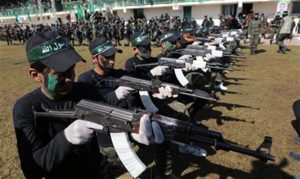 The Shin Bet revealed on Monday that it has found that Hamas has been recruiting minors to carry out terrorist attacks in the West Bank, like reported by jpost.com.

Two Palestinian minors, one of whom was only 16-years-old, were arrested by the Shin Bet in the West Bank after which it was discovered that they had been recruited over the internet by Hamas officials in the Gaza Strip to promote terror attacks.