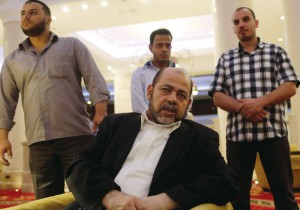 Among the items to be included in an agreement would be the creation of a detached, floating Gaza port. Hamas is expected to accept the plan. Meetings will also cover whether the floating port would be controlled by Israel or an international authority.

According to the report, the issue of building an airport in the Gaza Strip has been delayed for the time being.

Rumors have been flying recently that Israel and Palestinian delegations had renewed negotiations, though on June 4, Chief PLO negotiator Saeb Erekat strongly came out against those claims.

He said that no secret or public negotiations were taking place between the Palestinians and Israel, and he did not expect the peace talks to resume in the near future.

During negotiations before the end of Operation Protective Edge in August 2014, the Palestinian delegation in Cairo pushed aside Israel’s offer to allow a sea port in the Gaza Strip if Hamas and Islamic Jihad agreed to disarm, according to a reports by Israel Radio and the BBC at the time.