You are here: Home / MidEastGulf / Hamas, Fatah delegations to meet in Qatar 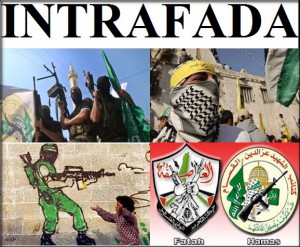 “We hope to agree on a common vision with a view to applying the terms of the reconciliation deal,” Radwan told Anadolu Agency.

According to Radwan, Mousa Abu Marzouk, a member of the group’s political bureau, will head up the Hamas delegation, while the Fatah delegation will be led by Azzam al-Ahmad, a member of Fatah’s central committee.

Leading members of the two movements met last month in Doha to discuss mechanisms for implementing the reconciliation agreement and address the obstacles that have continued to hinder its application.

In an earlier statement, Hamas said that it and Fatah had reached a “common view for the practical implementation” of the 2014 reconciliation deal with a view to ending long-running differences between the two factions.

The group did not, however, disclose any further details.

In April of 2014, Hamas and Fatah signed a long-awaited reconciliation agreement that called for the formation of a Palestinian unity government tasked with overseeing Palestinian legislative and presidential polls.

Although the unity government was unveiled two months later, it has yet to take on a governing role in the Hamas-run Gaza Strip, while the relationship between the two factions remains beset by a host of longstanding differences.