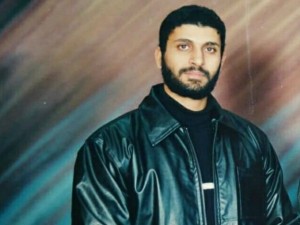 A senior Hamas field commander died of wounds incurred a day earlier in an accidental blast, the Gaza-based terror group said, like reported by toi.com.

ed Sunday morning. Other reports from Gaza said he was 44 years old.

According to the statement, Quqa was “preparing equipment” in the field when he was injured in an explosion.

According to Israel’s Channel 2 news, Quqa was the head of Hamas’s explosives unit and the Qassam Brigades said he had been involved in “manufacturing and assembling explosives,” among other activities.

The Hamas commander, the statement added, was from the al-Shati refugee camp in northern Gaza.

The Palestinian website al-Resalah, which is affiliated with Hamas, said the explosion that killed Quqa occurred in the Sudaniye area in northern Gaza.

The report quoted medical sources who said the Hamas commander had been brought to the hospital with his arms and legs blown off.

The terror group held a large funeral for Quqa in Gaza on Monday, complete with signs claiming that he had been killed while “preparing something for the enemy,” the Channel 2 report noted.

Hamas, which is openly committed to the destruction of the Jewish state, daily continues to train its fighters, builds rockets and digs tunnels in preparation for another round of conflict with Israel.

Last year, 22 members of Hamas’s armed wing were killed while “preparing equipment,” the majority in a string of tunnel collapses, the terror group said last month.

Gaza terrorists have dug dozens of tunnels, many reaching across the border into Israel, to launch attacks against the Jewish state; Israel destroyed many of them during the devastating 2014 war with Hamas. It says Hamas has since been rebuilding the network, and Hamas has bragged about doing so.

Israel and Hamas have fought three wars since 2008 and Gaza has been under an Israeli blockade for a decade, imposed by Israel and Egypt to try to prevent it importing weaponry.