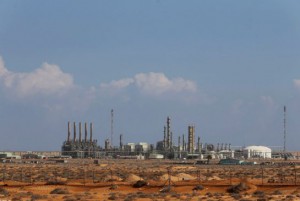 Forces opposed to Libyas unity government have seized a fourth oil port, Brega, completing their takeover of vital installations in the North African countrys Oil crescent, according to military sources.

His forces fought off guards to gain control of the oil terminals at Ras Lanuf, Al-Sidra and Zuwaytania, and they finally secured Brega unopposed on Tuesday.

We have taken control of the Brega port completely and without any fighting, said Colonel Muftah al-Muqarief, who heads oil guards loyal to Haftar.

Kobler said oil installations must remain under the authority of the GNAs presidential council and stressed that Resolution 2259 Contains a clear prohibition on illicit oil exports.

Aguila Saleh, speaker of the Bayda-based parliament, said that Haftars forces would withdraw and hand over the ports to the National Oil Corporation to resume oil exports.