You are here: Home / MidEastGulf / Hadi has arrived in southern Yemeni city of Aden: end of the war? 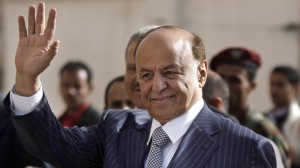 The president of Yemen’s internationally recognised government Abd Rabbo Mansour Hadi has arrived in the recently liberated southern Yemeni city of Aden, according to a news report.

A source close to Hadi told Saudi-owned Al Hayat newspaper that the president arrived in Yemen “amid extreme secrecy”, adding that even representatives in Hadi’s own government were not allowed to enter the airport on Sundar morning.