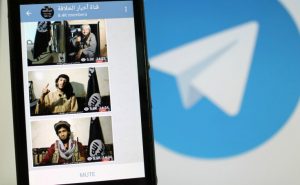 “They didn’t even try to hide what it was,” FourOctets said. “[OmniRAT] It’s still in the XML file.”

“I’m thinking it’s just old code repacked for Android, using a common vector,” the anonymous researcher said. He described the individual who put together the malware as “an amateur/hobbyist.”

This particular version of the OmniRAT Trojan is reportedly capable of spying on infected victims. The malware can retrieve SMS messages and phone logs, gain access to victims’ GPS coordinates, surreptitiously install apps, access the device’s microphone and camera as well as dump the entire device’s memory, among other things.

Members of the extremist group appear to be aware of the threat and are allegedly warning others of the malware.

Isis has taken to warning journalists, government spies and Anonymous hackers to stopmonitoring and reporting their Telegram channels, according to New York Times correspondent Rukmini Callimachi, who took to Twitter to post a screenshot of the warning.

The message reads: “We are not dumb nor stupid not to know that you are monitoring our Channels.

“Reporting our Channels to be Disabled will only make you ‘Die in Rage’ because You cant stop the ‘Rise of the islamic state’ World Wide.”