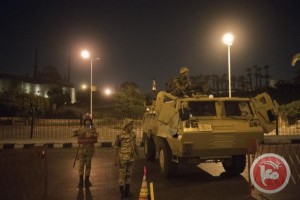 An Egyptian soldier was shot dead on Sunday evening by unidentified gunmen who attacked a military checkpoint at the entrance to Rafah city in the northern Sinai Peninsula, according to Egyptian security sources.

The sources told  Ma’an that the soldier was hit in the upper extremities and shortly thereafter succumbed to his wounds.

They identified the victim as 19-year-old Badr Mustafa Hashim from Asyut in Upper Egypt.
His body was taken to the military hospital in the nearby el-Arish city.
maannews.com