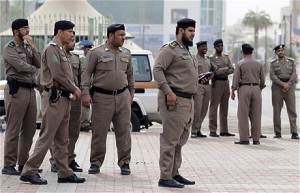 The state-run Saudi Press Agency quoted an unnamed police official in Hail province as saying the shootings happened Thursday at two separate police posts. The official identified the dead as two civilians and one soldier.

The official said an investigation has been launched.

No one immediately claimed responsibility for the attacks. However, Saudi Arabia has seen a series of recent assaults claimed by affiliates of the extremist Islamic State group. The kingdom is taking part in a U.S.-led coalition targeting the militants in Syria and Iraq.