You are here: Home / Africa / Gunmen attack hotel in central Mali, one dead 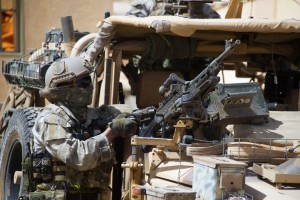 At least one person was killed in an attack early on Friday by unidentified gunmen on a hotel in central Mali frequented by personnel from the country’s United Nations peacekeeping mission, a witness and a military spokesman said.

The raid targeted a hotel on the road to the airport in the town of Sevare. The body of one victim was visible in front of the building, the two sources said.