You are here: Home / MidEastGulf / Gulf monarchies bristle at criticism over response to Syrian refugee crisis 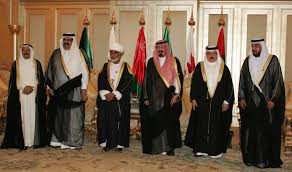 The Arab kingdoms and sheikhdoms of the Persian Gulf have some of the world’s highest per capita incomes. Their leaders speak passionately about the plight of Syrians, and their state-funded news media cover the Syrian civil war without cease.

Yet as millions of Syrian refugees languish elsewhere in the Middle East and many have risked their lives to reach Europe or died along the way, Gulf nations have agreed to resettle a number of refugees that many find surprisingly low.

As the migration crisis overwhelms Europe and after the well-publicized drowning of a Syrian toddler crystallized Syrian desperation, humanitarian organizations are increasingly accusing the Arab world’s richest nations of not doing enough to help out.

Accenting that criticism are the deep but shadowy roles countries like Qatar and Saudi Arabia have played in bankrolling the war in Syria through their support to the rebels fighting President Bashar al-Assad.

And Gulf citizens – with or without their governments’ knowledge – have funded the rise of Syria’s jihadists, according to U.S. officials.

“Burden sharing has no meaning in the Gulf, and the Saudi, Emirati and Qatari approach has been to sign a check and let everyone else deal with it,” said Sarah Leah Whitson, executive director of Human Rights Watch for its Middle East and North Africa division. “Now everyone else is saying, ‘That’s not fair.’”

There are, in fact, hundreds of thousands of Syrians in the Gulf, where vast oil wealth and relatively small citizen populations have made the countries prime destinations for workers from poorer Arab countries and elsewhere. While many expatriates are professionals who have built lucrative careers there, most are low-paid laborers who give up their rights to get jobs and can be deported with little notice.

This group now includes many Syrians who have fled the war, although they get none of the protections or financial support that come with legal refugee or asylum status, nor a path to future citizenship – benefits Gulf countries do not grant.

Gulf officials and commentators reject the criticism, however, saying that their countries have generously funded humanitarian aid and that giving Syrians the ability to work is better than leaving them with nothing to do in economically struggling countries and squalid refugee camps.

“If it wasn’t for the Gulf states, you would expect these millions to be in a much more tragic state than they are,” said Abdulkhaleq Abdulla, a political science professor in the United Arab Emirates, which he said has taken in more than 160,000 Syrians in the last three years. “This finger-pointing at the Gulf that they are not doing anything, it is just not true.”

Others bristle at criticism from the United States and the West, whom they accuse of letting the conflict fester for more than four years while Assad’s forces deployed chemical weapons and bombed civilian areas, causing so many people to flee.

“Why is it that there are just questions about the position of the Gulf, but not about who is behind the crisis, who created the crisis?” asked Khalid al-Dakhil, a political science professor at King Saud University in Riyadh, Saudi Arabia.

He agreed that the Gulf could do more, but directed the blame toward Iran and Russia, which have heavily backed Assad and his military while also refusing to resettle Syrian refugees.