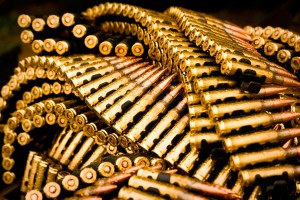 Having rushed to war in Yemen just as oil prices sank, Gulf Arab militaries are in a thrifty mood. They are focusing on immediate wartime needs like ammunition supplies.
Such caution does not mean the rich dynasties have lost the taste – or as they see it, the need – for advanced warplanes and regional missile defence, Arab and Western officers and industry executives at the biennial Dubai Airshow said.
Saudi Arabia for example is proceeding with a modernisation of its navy, and Kuwait is still poised to buy $3 billion of fighter jets from Boeing on top of $7 billion in Eurofighters.
Such projects are partly a response by the US-allied Sunni Muslim monarchies to the perceived threat from Shi’ite Iran. In Riyadh, Iran is viewed as an expansionist power bent on exporting its 1979 Islamic revolution.
But while these pricey ventures are seen as vital and work proceeds, short-term concerns about logistics have become more urgent for the oil-exporting countries as they try out a newly assertive approach to the Middle East’s growing conflicts.
Major General Abdullah Al-Hashimi, executive director of strategic analysis at the United Arab Emirates (UAE) ministry of defence, said lower oil prices had brought “some kind of quietness in the market.”
“The whole world is living in some kind of a crisis, because the oil prices affected everybody,” he said.
This week’s show recorded $40 billion in combined military and civilian sales, way down on $150 billion in 2009 and $200 billion in 2013, although on par with $30-40 billion in 2011.
As interest in big ticket weapons purchases has eased, so short-term concerns about ammunition supplies and the need to maintain existing equipment have grown.
The Gulf states and Arab allies intervened militarily in Yemen in March in support of President Abd-Rabbu Mansour Hadi, a Saudi ally, and beat back Iran’s influence in the region.
The first collective Gulf Arab effort at flexing military ‘hard power’, the war has dragged on for seven months, cost almost 6,000 lives and set off a revival of Islamist militancy.
INDUSTRIAL BASE
Suppliers used to a more measured pace of weapons delivery are rushing to fill orders for ammunition and spares from the Saudi-led coalition, a pressure made more acute by demand from the Western-led air campaign against the Islamic State in Iraq and Syria.
UAE Air Force Commander Major-General Ibrahim Nasser Al Alawi told Reuters forecasting ammunition flows, spare parts and logistics was one of the main processes involved in sustaining an operation “which has a non-defined end”.
US Air Force officials at the air show echoed that. They said more planning was required on arms supplies to the region.
“None of us predicted there would be operations in Iraq, Syria and Yemen all at the same time,” said General Charles Brown, commander of the US Air Forces Central Command. “That’s one of the areas we will work with our partners – at how we forecast, particularly munitions.”
US Air Force Secretary Deborah Lee James said US officials were working to speed up foreign arms sales, adding: “It does take a certain amount of time to ramp up the industrial base to meet these needs.”
The Yemen war, insurgencies in Libya and Egypt and Islamic State bombings in the Gulf states have concentrated minds on another sector: Gulf Arab ground and counter-insurgency troops.
Improving Gulf Arab armies’ ground forces is a priority also for Washington, which is pressing Arab states to take on more responsibility for their own defence.
The Yemen war suggests there is still much work to do there.
While the air campaign in Yemen has dealt blows to the Houthis, the coalition ground campaign appears deadlocked.
“The Yemen adventure is a wake-up call for the requirements of the future of warfare in the Middle East and North Africa region,” said Theodore Karasik of Gulf State Analytics, referring to guerrilla warfare and militant bombings.
Doug Raaberg, Northrop Grumman’s chief executive in United Arab Emirates, told Reuters the fight against militants and insurgents had dramatically changed the needs of his company’s Gulf customers, putting a greater focus on affordability and the need to maintain existing equipment.
“What they need is assurance that the equipment that they’re using is sustained both today and tomorrow. We need to provide them good affordable solutions,” he said.
INSURGENCIES
Analysts said the unknown length and cost of the Yemen war had piled fresh uncertainty on top of economic strains caused by the recent halving of oil prices.
“There is a triangle of pressures from oil prices, the cost of the war and social costs,” said one senior air show delegate, referring to the effect of troop deaths on social cohesion.
The cost of the aerial and ground campaign in Yemen is unknown but is estimated to run easily into billions of dollars.
“It covers ground and air and there are multiple people involved, and it is difficult to know who is doing what let alone the cost of the campaign,” said Douglas Barrie, senior fellow at the International Institute of Strategic Studies.
“It is hardly surprising that the near term focus of the countries at the vanguard of the campaign has switched from long-term equipment to replenishing ammunition stocks and looking at lessons of the air campaign,” he said.
One of the few large defence deals done at the show was a $1.27 billion deal by the UAE to buy early warning planes from Sweden’s Saab, announced on Monday.
The deal involves placing Swedish sensors on converted Bombardier Global 6000 business jets and came after a fierce contest between Saab and US contractors Boeing and Northrop Grumman.
tradearabia.com