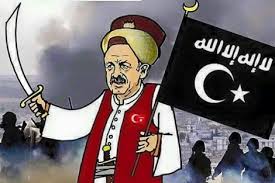 A Greek and a Turkish navy vessel reportedly collided on Wednesday in the area south of Crete where where the Turkish seismic research vessel Oruc Reis is conducting surveys accompanied by warships of the Turkish Navy.

According to reports, there was a collision between the Limnos frigate and the Turkish vessel Kemal Reis.

Greek defense sources say that the Turkish frigate was damaged, in contrast to the Greek one, which participated in Thursday’s Greek-French joint exercise in the region.

Neither Athens or Ankara have confirmed the incident. On Wednesday evening, Greek Premier Kyriakos Mitsotakis warned on the danger of an accident in the eastern Mediterranean: “Let everyone know that the risk of an accident lurks when so many troops are concentrated in a limited area. And the responsibility in such a case will be borne by the one who causes these conditions,” Mitsotakis said.