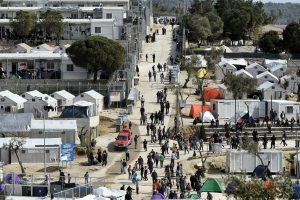 Greek authorities have arrested two aid workers and are investigating a total of 30 from the same organization on the island of Lesbos on suspicion they smuggled migrants into Greece, spied and laundered money, police said on Tuesday, like reported by reuters.com.

Police said in a statement the suspects, 24 foreign nationals and six Greeks, had been active on the island since at least late 2015 as part of a non-governmental organization, whose name the authorities would not disclose.

Lesbos, not far from Turkey in the northeast Aegean Sea, was the preferred entry point into the European Union in 2015 for nearly a million Syrians, Afghans and Iraqis, and dozens of aid groups operated on Lesbos at the time.

Over 19,000 refugees and migrants have crossed to Greece from Turkey so far this year, according to data from the United Nations refugee agency, UNHCR.

They said the group obtained “significant amounts of money,” including from donations, without disclosing the amount.

The 30 workers are being investigated on a case-by-case basis on suspicion of “establishing and joining a criminal organization, money laundering, espionage, violating state secrets, counterfeiting and offenses against the immigration code and electronic communication legislation,” police said.

They allegedly obtained confidential information on refugee flows from Turkey and illegally monitored the radio communications of the Greek coast guard and the EU’s border agency Frontex.

The authorities launched the investigation after two foreigners were spotted on Lesbos in February driving a car with fake, military-type license plates affixed on top of the legal plates.

This is not the first investigation involving people working with migrants in Greece. In May, a Greek court acquitted three Spanish and two Danish volunteers accused of people smuggling.