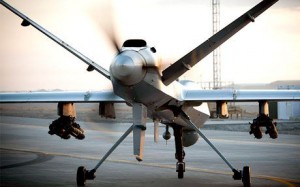 Great Britain and France are exploring ways to boost their fleet of drones and the personnel trained to operate them with a joint training program. The two countries are using the unmanned aerial vehicles for surveillance and combat in the war against the Islamic State group.

Both militaries are encountering limitations as fighting expands in Iraq and Syria. The British flew 301 drone missions in the Middle East from the start of operations against the Islamic State militants last September through May, according to the Centre for Research on Globalization. France just got its third Reaper drone, and the first two have accumulated 4,000 hours of airtime since January 2014. “There is a bottleneck on training drone pilots, and we’re all short of drones,” said British Defense Secretary Michael Fallon.

The partnership between two of Europe’s biggest militaries could include a number of support areas, such as training, personnel and logistics. All drone pilot training takes place at a U.S. base in New Mexico, which has been limited in its capacity to supply training for enough pilots to meet the demands of allied drone programs, Defense News reports. Italy plans to begin a drone training program since the American training capacity is oversubscribed.

The drone missions the French and British are flying appear to be mostly for reconnaissance, with relatively few firing missiles at targets. There are a total of nine countries bombing ISIS: France, Britain, the U.S., Belgium, Canada, Australia, Denmark, Jordan and the Netherlands.

France, Italy and Germany recently signed an agreement to develop a European drone of their own for military and civilian uses. The deal will cost a reported 1 billion euros and is expected to have a developed UAV in 2025.