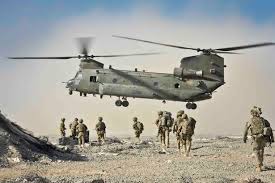 “I commended the bravery of the Afghan National Security Forces who are leading security efforts across the country in a very challenging environment,” said Stoltenberg in a statement.

During the conversation the NATO Secretary General also expressed that they will continue to support the Resolute Support mission in Afghanistan.

They also discussed the security situation in Afghanistan and the future of Resolute Support mission.

The conversation followed recent discussions with Allied leaders regarding the future of NATO’s presence in Afghanistan.

“I reiterated my appreciation for President Barack Obama’s announcement that the United States will maintain its current troop levels in Afghanistan through 2016, and will retain a substantial presence beyond 2016.” said Stoltenberg.

“This important decision paves the way for a sustained presence by NATO Allies and partners in Afghanistan,” Stoltenberg added.

Meanwhile NATO Secretary General expressed his deepest regret over the recent tragedy affecting the Doctors without Borders hospital in Kunduz, and offered his condolences to the victims and their families.

“I stressed the need for thorough and transparent investigations, as well as the need to draw lessons and take any necessary steps to avoid similar events in the future.” Stoltenberg said.

At the end of the conversation, both Ghani and Stoltenberg reaffirmed their commitment to strengthening the partnership between the Alliance and Afghanistan.