You are here: Home / Europe / Germany to send jets to fight Islamic State in Syria 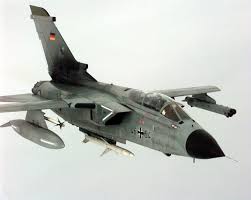 Germany is ready to send Tornado jets to join allied forces in the fight against the Islamic State terrorist group in Syria, government sources told dpa on Thursday.

The decision to send the jets was made at a meeting of senior ministers in Berlin, which was called by Chancellor Angela Merkel after she agreed at talks with French President Hollande to provide military help in the international fight to crush Islamic State.

According to media reports, Paris wanted the Tornadoes to provide reconnaissance backup for the French military mission against Islamic State, which claimed responsibility for the terrorist attacks in Paris on November 13 that killed 130 people.