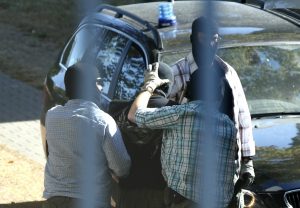 A 16-year-old Syrian refugee suspected of planning a terrorist attack went on trial in Cologne on Monday.

The boy was arrested at refugee accommodation in the German city by a special police task force in September.

Due to his age, court proceedings will go ahead behind closed doors.

State prosecutors believe that the teenager had been preparing a bomb attack with the help of a foreign internet chat partner who had links to Islamic State.

During investigations, police found a battery pack that had been tampered with, as well as 70 needles and butane gas cartridges.