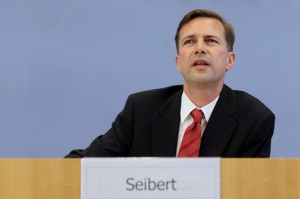 “We have spoken about it in recent days and weeks, Russia is playing a major role and bears responsibility for the Syrian issue,” spokesman Steffen Seibert told a regular government news conference in Berlin.

“We hope it will become possible together with Russia and the United States to enter the path leading to a political resolution,” Seibert said.