You are here: Home / MidEastGulf / Germany restarts joint intelligence surveillance with US

Germany’s BND intelligence agency is once again working with its US counterpart on Middle East surveillance. Collaboration had been suspended after it was revealed the US was spying on European officials and firms. 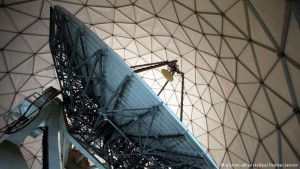 German media reported on Friday that the US National Security Agency (NSA) was, once again, being supplied with intelligence from Germany’s BND spy agency.

Several newspapers said joint Internet surveillance had restarted at the Bavaria-based Bad Aibling station, whose IT system is considered central to monitoring Middle East countries in crisis, including Syria, Afghanistan, Iraq and Libya.

The resumption of cooperation follows a more than eight-month hiatus, after revelations that the BND had helped the NSA spy on European officials and firms.

German intelligence teams have the technology to process large amounts of international satellite and Internet communications at the Bad Aibling site.

A deal was made several years ago between the two agencies to give the US access to the German IT system, in order to comb through the huge data streams for suspicious content.

But amid accusations that the NSA hadn’t stuck to the agreed search criteria, it was revealed that the database had been used to search for information on German and European politicians and firms.

Last May, the German government suspended its cooperation with the NSA and launched an investigation.

But while German media reported that the allegations have since been dismissed, a report by the government-appointed special investigator Kurt Graulich in November found that the US had repeatedly tried to use BND technology to spy on Europeans.

Several newspapers have speculated that the renewed cooperation between the BND and NSA may have also been prompted by the Paris terrorist attacks on November 13 and an alert about planned terror attacks in Hannover and Munich in recent weeks.