Exposure of minors to radical Islam is ‘alarming,’ German authorities warn like reported by politico.eu 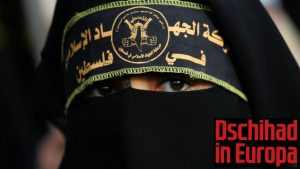 German authorities have warned that several hundred children are at risk of Islamic radicalization and pose a “not negligible” risk to security.

Children and adolescents growing up in families that follow radical Islamist teachings are “raised with an extremist worldview that legitimizes violence toward others and belittles those who do not belong to their group,” according to an analysis by Germany’s Federal Office for the Protection of the Constitution.

Children in this group show signs of “faster, earlier and more likely radicalization,” according to the report, a copy of which was seen by newspapers belonging to the Funke media group.

The exposure of minors to radical Islam is “alarming” and poses a “challenge” for the years ahead, Hans-Georg Maaßen, the president of the Office for the Protection of the Constitution, told the media group.

Maaßen warned in December last year that children and women returning to Germany from territories held by the terror group Islamic State posed a threat to German security. The body’s latest report specifies that the threat also exists within an estimated “low three-figure number” of families living in Germany who have not traveled to Syria or Iraq.

The report has prompted members of Chancellor Angela Merkel’s ruling Christian Democrats to call for loosening regulations that prevent the body from surveilling children under the age of 14.

“This is not about criminalizing young people under 14 but defending against considerable risks in our country, for example through Islamist terrorism, which is also using children,” CDU security expert Patrick Sensburg said.