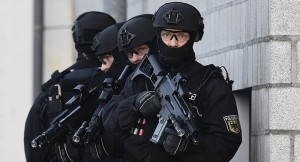 The German Government has announced the formation of a new counterterrorism unit in an effort to gather more intelligence on potential terrorists after receiving credible information that Daesh, also known as ISIL, is preparing a terrorist attack in Germany.

The new force — the Beweissicherungs- und Festnahmeeinheit plus (Evidence Collection and Arrest Unit Plus), known as BFE plus — will consist of five groups of 50 agents spread throughout Germany, whose job will be to gather intelligence and make arrests.

It follows a report, commissioned after the November 13 Paris attacks — in which 130 people were killed and hundreds more injured by radicalized Islamic terrorists — that found that Germany’s intelligence and law enforcement agencies lacked the training and skills to deal with a similar attack, which could take place anywhere in Germany.

There was heavy criticism of Europe’s intelligence-sharing following the Paris attack, when it was discovered that many of the perpetrators of the attack had been able to cross freely between Syria and Europe — without being checked — despite many being known to some authorities.

Many of the Paris attackers were based in the Molenbeek district of Brussels, Belgium, but links were quickly found to Germany.

Police arrested three Islamists believed to have planned an attack in Dortmund, and a fourth man, in Stuttgart, believed to have supplied weapons to the jihadists who carried out the Paris attacksThe threat of terror was further brought home in September 2015, when a 41-year-old self-proclaimed Islamist was shot dead in Berlin after he severely stabbed and injured a policewoman in an incident on a public street in Berlin.

Meanwhile, security officials in Germany are interrogating a man — known only as Harry S, a 27-year-old from Bremen — who returned from Syria where he took part in the execution by Daesh militants of six or seven prisoners. His lawyer told reporters: “He wants to come clean.”

He told the officials that Daesh were recruiting Germans, training them and calling on them to carry out terrorist attacks against Germany, which in early December became the latest country to offer support for the airstrikes against Daesh in Syria.
sputniknews.com