You are here: Home / Europe / Germany intends to enlarge its Afghan troop deployment 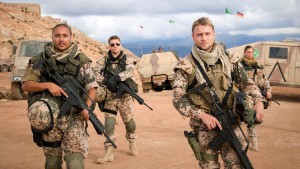 Germany intends to enlarge its military deployment in Afghanistan next year from 850 personnel to 980, German politicians familiar with the government’s plan said Thursday.

Kabul’s army and police have been battered by Taliban militants, and many Afghans are rushing to leave the country and join the ranks of refugees trekking to Europe, a factor that is making Berlin eager to stabilize the struggling Kabul government.

A troop increase, which might also allow German officers to give advice to Afghan army units as they fight, will require confirmation by the German parliament. However there are no plans to deploy any German units to fight the Taliban, as they did until last year.

The Defence Ministry in Berlin declined to confirm the numbers, saying, “The draft of the authorization is currently being circulated among the ministries.”

Afghan government forces took primary responsibility for fighting the war at the end of 2014 after a pullout of most NATO troops. The Western troops remaining under NATO’s Resolute Support Mission are supposed to advise Afghan forces only.

Rainer Arnold, a legislator and defence expert with the Social Democratic Party in the German ruling coalition, told the Berliner Zeitung newspaper there was no plan to alter the mission rules in a way that Germans would return to a fighting role.

Der Spiegel magazine said the German military would also extend its term in northern Afghanistan longer than earlier planned with a trainings mission in Mazar-e Sharif staying until at least the end of 2016.

Germany was originally planning to withdraw from its base in Mazar-e Sharif, about 400 kilometres north-west of Kabul, during the course of 2016, leaving a smaller deployment in the capital, Kabul.

The German military had up to 5,350 soldiers in Afghanistan as part of a NATO-led, 13-year combat mission, which ended last year.