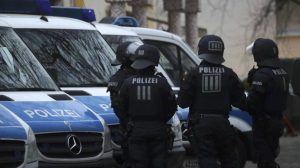 Saydani, 36, is accused of participating in several terrorist attacks in Tunisia, including the 2015 attack at the National Bardo Museum in the capital that killed 21 foreign tourists and a Tunisian policeman.

Tunisian authorities also accuse him of involvement in the 2016 attack on the border town of Ben Guerdane.

Saydani was arrested in February 2017 in Hesse during an anti-terror raid.

His lawyer said, however, that even if there were assurances that Saydani would not receive the death penalty in Tunisia, there were “no guarantees.”

His extradition came after Germany’s highest court rejected his appeal on Monday.

On the same day, he lost a last-ditch bid for a stay at the European Court of Human Rights.

Saydani “has been handed over to the authorities there,” said Hesse interior minister Peter Beuth.

According to Germany’s Bild newspaper, Saydani left from Frankfurt in a chartered aircraft on Wednesday. Several federal police officers accompanied him on board.