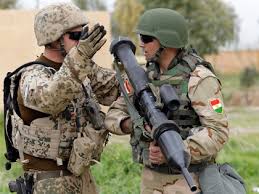 Germany’s Parliament has extended the country’s training mission in northern Iraq for another year, according to ap.org.

Some 150 soldiers with the Bundeswehr have been training Kurdish “Peshmerga” militias already for two years to help in the fight against Islamic State extremists.

The decision to extend the mission another year passed easily Thursday with 444 of 557 lawmakers voting for it, the dpa news agency reported.

In a separate vote, lawmakers also agreed to expand the Bundeswehr’s engagement in Mali as part of a U.N. mission in the West African nation, raising the maximum number of soldiers to 1,000 from 650.