You are here: Home / Europe / Germany: Chechen arrested in Hamburg on suspicion of Daesh membership 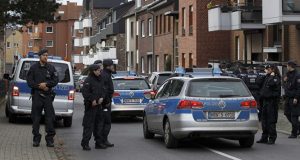 The Hamburg Prosecutor General’s Office confirmed that a Russian national was detained on suspicion of being a member of the terrorist group Daesh (ISIS).

“The Hamburg Prosecutor General’s Office is investing a 28-year-old Russian national of Chechen origin. He has been charged with membership in the Daesh terrorist group during his time in Syria,” spokeswoman Nana Frombach said.

“Since that time, he has been in pre-trial detention in Hamburg,” Frombach specified.