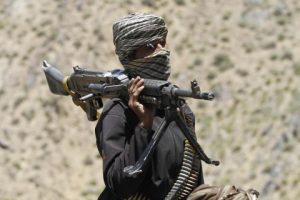 German prosecutors have charged an Afghan man with membership in the Taliban and as an accessory to attempted murder for his role in fighting Afghan police and security forces, like reported by ap.org.

The 21-year-old, identified only as Hekmat T., was arrested in Germany in December. Federal prosecutors said Thursday that he has been charged with membership in a foreign terrorist organization and with six counts of being an accessory to attempted murder, as well as with violating weapons control laws.

Prosecutors believe the suspect joined the Taliban in Afghanistan in mid-2013 and received weapons training. He then participated several times in fighting against Afghan police, in two cases firing shots himself. It wasn’t clear whether any officers were killed or injured.

Prosecutors say the suspect left the Taliban in early 2014.