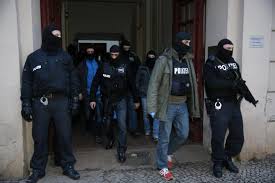 German authorities have arrested a Syrian man accused of membership in the Islamic State group and of raping a woman as she tried to flee IS-controlled territory in Syria, like reported by ap.org.

Federal prosecutors said the 31-year-old, identified only as Akram A. in line with German privacy rules, was arrested Tuesday in the Greifswald area of northeastern Germany. He’s accused of membership in a terrorist organization and committing a war crime.

Prosecutors say the suspect ran an IS checkpoint set up to control people leaving territory held by the group. The charges relate to an incident in early 2016 in which a Syrian woman tried to flee with her children.

According to prosecutors, the suspect lured the woman to a house under the pretext of getting her an “exit permit” and raped her.