You are here: Home / Europe / Germany: arrested syrians have link to Paris attackers 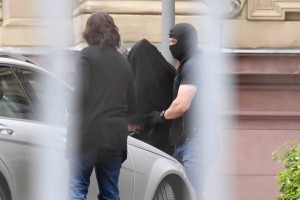 Germany’s interior minister says three Syrian men believed to have been sent to Germany by the Islamic State group appear to have used the same smugglers and received passports from the same workshop as some of those involved in the Paris attacks.

The three men were arrested in northern Germany on Tuesday. Interior Minister Thomas de Maiziere said they had been under observation for months and there were no indications of any concrete plans for an attack.

Federal prosecutors said the three are accused of coming to Germany in mid-November at the behest of IS “in order either to carry out an assignment they had already received or to keep themselves ready for further instructions.” They are suspected of membership in a foreign terrorist organization.