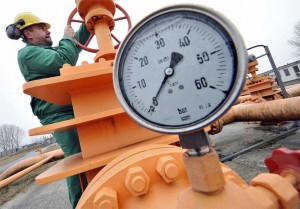 Iranian delegations have never been as busy as in the last days, negotiating new deals and discussing details for new contracts with European, Russian, Central Asian and Chinese companies.

Under the nuclear deal reached in Vienna on July 14, Iran‘s banking, energy and trade sectors will benefit from the lifting of the sanctions if Tehran will curb its nuclear program.

Everybody is now trying to understand which European company and country will be the first to capitalise on the latest developments. The last hours seems to indicate that German and Spanish companies could be unexpected winners, while Rome is trying its best too.

At the moment, Germany, France, Italy and the European Union took the lead of diplomatic missions. Austria, Spain and Sweden could send trade delegations to Iran right after the summer.

Last week, Philipp Ackermann made the German position clear. The German diplomat said that the rejection of the deal from Washington would be a catastrophe. In this sense, Berlin can capitalise on its diplomatic weight, and it comes as no surprise that, according to Deputy Minister of Oil of Iran Amirhossein Zamaninia, Germans are the favourites for this race.

“All European delegations (Italy, France and Germany) were serious about resuming cooperation with Iran after the lifting sanctions, but it seems Germans overtake others,” Zamaninia told ISNA.

Despite the declaration, Spain and Italy are not giving up.

“Italy has left open doors of relations during all years of tough relations between Iran and the West and now plans to show itself as Iran’s most important trade partner in Europe,” Italian Foreign Minister Paolo Gentiloni said last week, explaining that the next semester will be crucial for European firms to step in and promote stronger ties with Iranian companies.

“Iran’s economy hinges upon oil income, with recent surge to privatize the larger part of itself; with long history of cultural and economic relations with Italy, now Iranian economic activists are willing to attract Italian investments in domestic projects,” Mohsen Jalalpour, Head of Iran’s Chamber of Commerce, recently said.

According to a story published by FARS News, Iran will send two trade delegations to Italy by the next two months.

‘Italy could successfully beat its European rivals, on top of them France and Germany, who have been trying to lure Iranians and guarantee their presence in Iran’s lucrative domestic market after the Vienna deal’ the Iranian news agency wrote on Thursday.

Spain’s oil and gas industry is probably not as recognised and credited as the ones of Italy, Germany and France. All in all, Madrid has its good chances.

According to ISNA, Iranian and Spanish companies signed a Memorandum of Understanding for power generational projects worth $250 million in Chile and Mexico. The main focus will be on the renewable sector, but the cooperation could be a testing ground for future agreements.

“Repsol is pushing hard. It monitored the situation over the last years. Executives are now taking decisions. They will participate in the Iranian oil and gas sector for sure” a source with direct knowledge of the matter told Natural Gas Europe.

The Spanish company, which recently became one of the 15 largest publicly-traded oil companies in the world, could capitalise on its growth and positive reputation.

Iranian officials say that the oil and gas sector requires $185 billion in investments over the next five years. In this sense, the country offers enough room for several companies to (re)enter the market, but this does not mean that there will not be competition between European companies.

Last week, Minister of Petroleum Bijan Zangeneh said that Iran will introduce its new oil and gas contracts during a conference to take place in London in December.

Clearly, Europeans are just a part of the puzzle. In the last hours, Teheran is discussing stronger ties with Armenia, and Pakistan too.

“The Iranian foreign minister will discuss expansion of Iran-Pakistan relations, completion of the peace pipeline and control of common borders with Pakistani officials during a visit that is paid following the recent nuclear agreement between Iran and the world powers in Vienna” Pakistani Foreign Ministry Advisor Nazar Abbas told Iran’s FNA.

Likewise, stronger ties between Armenia and Iran will be energy-oriented.

‘Hovik Abrahamyan expressed confidence that stronger cooperation with Iran, especially in the energy sector, will contribute to a significant increase in trade turnover between the two countries’ reads a note released by the Government of Armenia’s on Thursday, referring to Armenia’s Prime Minister Hovik Abrahamyan.

If the Iranian potentials is clear, the short-term prospects show a mixed figure. Oil contracts could be more easier to achieve than gas contracts in the medium-term. According to a story published by the Financial Times on Tuesday, LNG, Azerbaijan and Russia are too much of an obstacle. The oversupply and the strong competition could possibly put Iran off.