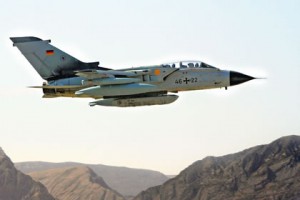 Two German Tornado aircraft are expected to perform one flight a day. Later on, the frequency of the flights may be increased, a Bundeswehr spokesman said.

Two German Tornado surveillance jets stationed at the Incirlik base in Turkey have started flights over Syria as a part the anti-terrorist mission, a Bundeswehr representative said, as quoted by the TV Channel N-tv.

According to the official, the two aircraft will carry out one flight a day. Subsequent flights over the country may become more frequent.

Berlin sent two Tornado aircraft to Turkey in mid-December following parliament’s approval for a military campaign against the Daesh jihadist group in Syria.

It was recently reported that Berlin is also deploying four additional Tornado surveillance aircraft as part of the anti-terror operation in Syria.

On December 4, the Bundestag approved the German government’s proposals to join the US-led coalition against Daesh. Germany has allocated €134 million on the operation, which has a mandate until the end of 2016.