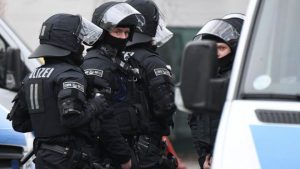 German state officials say they’ve banned an Islamic cultural association that ran a mosque in the central German town of Kassel due to extremist comments, like reported by ap.org.

Hesse state Interior Minister Peter Beuth said Thursday that the Almadinah Islamic Culture Association was banned because the group’s leading imam had, among other things, repeatedly called for the killing of infidels in his sermons.

Investigations by the authorities also confirmed that several members of the mosque had already left Germany for Syria to join extremist Islamic fighters there.

The statement said the group’s ban came after several months of investigation and a raid of the mosque and other buildings by 160 police officers in November.

Hundreds of extremists have left the country to join jihadists in Syria and Iraq in recent years.