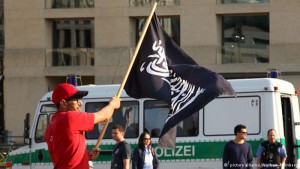 Germany’s domestic intelligence chief says 430 Islamic extremists in the country are considered so dangerous that they might commit a serious crime at any time.

Maassen says the German Parliament’s recent decision to commit troops for non-combat operations to provide support for the international coalition fighting the Islamic State group in Syria doesn’t increase the risk of attacks in Germany.

He says security agencies are keen for migrants to provide information on possible fellow travelers who might be planning attacks in Germany.