German jails are struggling to cope with scores of radical Islamist extremists. Their number is expected to grow following the opening of slew of terror-related probes in recent months, like reported by dw.com 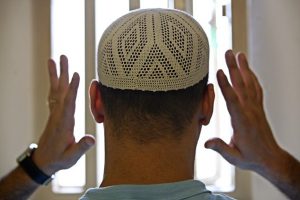 About 150 dangerous Islamists are being held in prisons across Germany, according to figures from the Federal Criminal Police Office (BKA), published by German daily Die Welt on Wednesday.

The men are either serving jail sentences or are in custody on terror-related charges, the paper cited the BKA as saying.

The newspaper said there were also several “relevant persons” being held, which it said were those regarded as sympathizers or supporters of radical Islam.

“In the next few years we must expect a wave of extremists in our prisons,” the German state of Hesse’s Minister of Justice Eva Kühne-Hörmann (CDU) told the newspaper.

She referred to hundreds of investigations against Islamists, which are currently being conducted nationwide, many of them against jihadists returning to Germany from the Middle East after fighting with the “Islamic State” militant group.

Kühne-Hörmann warned that the sheer number of Islamists in German jails “poses great challenges for our deradicalization and prevention work.”

She said if prison was not used to help extremists reintegrate into society, there was a danger of “releasing radical Islamists and those without prospects back into German society.”

In December, German authorities admitted they had opened five times as many terror investigations in 2017 compared to the year before. Some 1,200 probes involved suspected terrorism acts, and more than 80-percent of them had an Islamist connection.

They included radical preachers, failed assassins and those returning from fighting in Syria and Iraq.

Prison officers had walked off the job after a jailed Islamist militant from Germany slashed prison guards with a pair of scissors.