Germany will expand its involvement in the UN mission to Mali with more troops and eight helicopters, like reported dw.com 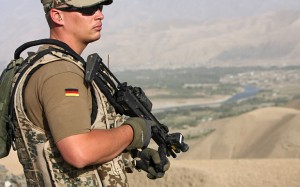 The German parliament voted in favor of expanding Bundeswehr’s military presence in Mali on Thursday. Now, as many as 1,000 Bundeswehr soldiers will be deployed in the Western-African nation, compared to a previous upper limit of 650. The troops form part of a UN-mission tasked with securing the peace in the embattled north of the country.

German troops are planning to take over rescue responsibilities within the UN mission from the Dutch. On Friday, the first of eight additional helicopters – half of them rescue choppers, the other half combat helicopters – will be deployed to Mali from Germany. German troops are already in charge of gathering intelligence via drone flights.

The UN mission currently includes more than 12,000 soldiers. Most of them hail from Africa, while European countries, such as France, the Netherlands or Germany, have provided a majority of the hardware, such as drones and helicopters, as well as a minority of the soldiers.

The Mali operation is considered one of the more dangerous current UN missions. Various rebel groups, some Islamist, and the Malian government have long been fighting over the control of the country’s north. In 2015, the fighting fractions signed a peace deal. UN troops were deployed to secure the truce, but the region is still riddled by violence. Last week, more than 70 people were killed in a terror attack on a camp for local security forces and former rebels.

Broad support on the Bundestag floor

The motion to extend and expand Germany’s responsibilities in Mali found broad support in the parliament. Both ruling parties – Merkel’s conservative CDU and the Social Democrats. The opposition Greens endorsed the proposal, too, but the socialist Left party (Die Linke) voted against it.

Member of parliament Henning Otte from the CDU, who sits on both the foreign affairs and the defense committees in the Bundestag, said that intervening in Mali was in Germany’s interest: “A collapse of Mali would cause an unforeseeable chain reaction.”

Niema Movassat from the Left party argued against an expansion of the military mission. He said that Germany was “about to get heedlessly tangled up in a prolonged war.”

Mali will thus become the country with Germany’s biggest military presence, surpassing Afghanistan and Iraq. Earlier on Thursday, the Bundestag extended a military training mission in Northern Iraq for another year. Some 150 German soldiers have been training Kurdish militias for the past two years in order to strengthen the alliance against the so-called “Islamic State.”