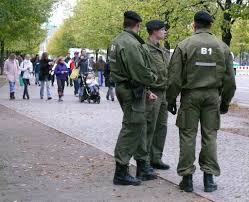 The German Federal Intelligence Service (BND) possesses information on some 300 Germans who have traveled to Syria and Iraq to join Daesh, although some of this data is incomplete, the Bild newspaper reported.

German intelligence, which is currently monitoring individuals with Daesh links, must step up its efforts to infiltrate the militant group in order to prevent planned attacks, BND President Gerhard Schindler told the newspaper.

Daesh has resorted to terrorist tactics in Europe because the reversal in its fortunes on the conventional battlefield in the Middle East, he added.

Islamic State is a terrorist organization that is outlawed in many countries, including Germany and Russia.

Germany has been a significant source of Daesh foreign fighters. Some 600 Germans, or eight per million, have joined the extremist group as of 2015, according to German Interior Minister Thomas de Maiziere.