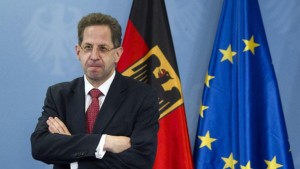 The head of Germany’s domestic intelligence agency is warning that Europe needs to remain vigilant against the threat of Islamic extremist attacks, according to ap.org

Hans-Georg Maassen told reporters in Berlin Thursday his agency has 548 extremists considered potentially dangerous enough to carry out an attack under surveillance.

He says: “We have to assume that there will be more attacks in Europe and that means also more in Germany.”

Though Tunisian Anis Amri had been under surveillance, he was able to hijack a truck in December and drive it into a crowded Christmas market in Berlin, killing 12 people and wounding dozens of others – the first mass-casualty Islamic extremist attack in Germany.

Maassen says overall some 9,700 people in Germany are part of the radical Islamic Salafist scene, but not all are violent.