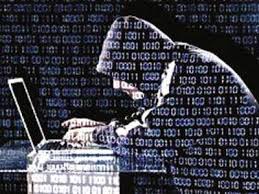 Computers belonging to the German army were attacked by hackers close to 300,000 times in the first few weeks of this year, Ludwig Leinhos, the new head of cyber command of the German army, told Bild Sunday, like reported by politico.eu.

Leinhos, who took charge of the German army’s cyber unit on Saturday, said that in future, wars could be won and lost online and Germany must prepare for the worst.

“From hacker attacks to state attacks, we must be prepared for everything,” Leinhos said. “In the first nine weeks of this year alone, the Bundeswehr computers were attacked more than 284,000 times.”

Bild reported that 13,500 computer specialists will be working within the cybersecurity wing of the German army in response to the threat.

“The command and subordinate troops are mainly there to operate and protect the IT structure of the Bundeswehr,” Leinhos said, but insinuated the unit may also go on the offensive.

European leaders have been concerned over a spate of cyberattacks targeting government websites and elections, which they suspect have been directed by Russia. Last week, the American Senate Intelligence Committee Chairman Richard Burr warned Russia is “actively involved” in the upcoming French and German elections.