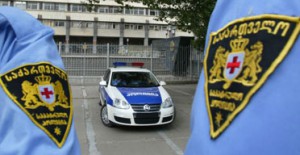 Georgian police have detained a man for recruiting people into the Islamic State group.

The Interior Ministry said the suspect, Ayup Borchashvili, a local imam in the village of Dzhokolo, was arrested during Sunday’s sweep in the Pankisi Gorge, the mountainous region of northeastern Georgia. The man was accused of encouraging two teenagers aged 16 and 18 to go to Syria to join the IS group earlier this year.

The ministry said as part of its security operation, two men heading to Syria were detained Monday at Tbilisi airport.

The Pankisi Gorge is home to ethnic Chechens who settled here in the 19th century. One of the area’s residents, Tarkhan Batirashvili, became one of the top commanders of Islamic State under the name of Omar al Shishani.