You are here: Home / West Asia / General John Campbell: “Plan to withdraw from Afghanistan by 2017 needs to be altered” 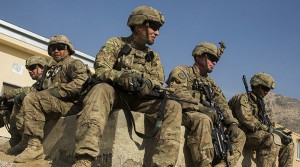 Campbell added that plans to recommence normal embassy operations in Afghanistan by 2017 should also be reconsidered, all as a Taliban resurgence in the northern city of Kunduz has caused new alarm in Washington.

The hearing on Capitol Hill comes days after the US admitted responsibility for an airstrike on a hospital in Kunduz that killed at least 19 people, including nine Medecins Sans Frontieres (Doctors Without Borders) staff and three children.

Campbell said Tuesday that the decision to carry out that bombing was made within the US chain of command.

“Even though the Afghans request(ed) that support, it still has to go through a rigorous US procedure” before a strike occurs, Campbell said.

Campbell added that he has ordered proper training for his forces to prevent another such incident like the hospital massacre.

Afghan forces “have admittedly faltered at times,” Campbell said, but he is confident they can regain Kunduz from Taliban fighters.