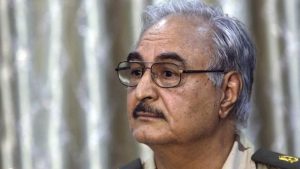 Italian Ambassador to Libya Giuseppe Perrone said General Khalifa Haftar “is part of the solution to the crisis” in Libya, speaking to TV broadcaster Libya Channel, according to ansamed.info.

“We appreciate the efforts made by the Libyan National Army in the fight against terrorism and we believe in the need for a unified military institution that represents Libyans across the country under the political authority,” Perrone said.

He said Italy is “working together with all Libyans who want to fight terrorism and bring stability to the country”.

Perrone said Italy doesn’t have any military presence in Libya and Italian businesses are willing to return to the country.