You are here: Home / Mediterranean / Gaza: Hamas will use human shields in attempt to breach border 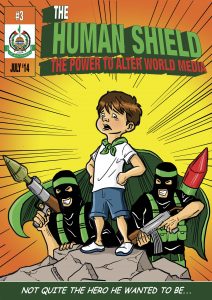 As Israeli army and security forces are on high alert ahead of tomorrow’s expected demonstrations in Gaza, The Israel Project hosted a conference call with Nitzan Nuriel, former director of the Counter Terror Bureau at the Prime Minister’s Office, to discuss the implications of the border crisis, like reported by thetower.org.

Asked what Israel can do to calm the tensions, Nuriel said that Israel was defending freedom of speech and the right to protest, but some “red lines” could not be crossed. Nuriel asserted that Israel will use non-lethal riot control methods, but that Hamas would exploit protesters as human shields to attempt to breach the border with Israel.

“They can raise any flags they want, shout any messages they want, have as many cameras as they want,” he said, “but you cannot touch the fence and, obviously, you cannot penetrate into the State of Israel.”

Nuriel explained that Israeli security forces had to prevent people from breaching, damaging or infiltrating the fence to protect Israel’s security. He cited incidents in the past where border infiltrations led to the kidnapping of soldiers and terrorist attacks on Israeli soil.

“Only if we have no other choice,” he said, having exploited all non-lethal options, they would “order their snipers to open fire.”

Despite the precautions Israel will take to protect civilians, Nuriel predicted “another bloody weekend,” with the Gaza-based terrorist organization Hamas, which is in complete control of the Strip, marching to the border, using the civilian population as human shields. Nuriel warned that the terrorist organization will “pay a very high price” for attacking the Jewish state.

He explained that the strategy of Hamas was very clear. Knowing that they cannot defeat Israel militarily, they want to “make the crisis as bloody as they can” to push their political agenda, sacrificing their own civilians in the process.

Nuriel further observed that the majority of those killed during last week’s demonstrations were known terrorist with affiliations to Palestinian terrorist groups, such as Hamas, Palestinian Islamic Jihad, and the Al Aqsa Martyrs’ Brigade. He said with the help of Israel’s first-class intelligence, the army was able to target only individuals trying to damage the fence or cross into Israel and spare the Palestinian civilian population.