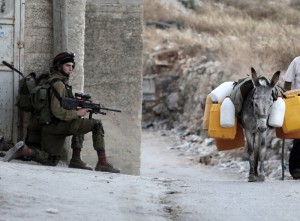 The IDF and local Regional Councils are already preparing residents of the Gaza Belt area for another war, and have prepared an evacuation plan following the mass exodus from the area during Operation Protective Edge, according to a report released Friday.

The Gaza Belt was hit hardest by Hamas rocket and mortar fire, sparking thousands to flee their homes. At the height of the war, up to 80% of Gaza Belt community families had fled inland due to the ongoing barrage, sparking concerns over the region’s future.

To solve this, the IDF has prepared an evacuation plan, code-named as “Safe Distance,” according to Maariv. The plan covers all communities within 7 km (4.3 miles) of the Gaza border.

The plan includes evacuating communities to areas agreed upon in advance, which means that each locality would know in advance where to go and who will be hosting them. Preparatory communication between communities will take place after the distribution of evacuation maps, which are currently underway.

The IDF’s upper military echelon will be tasked with announcing the implementation of “Safe Distance” in the event of an emergency.

The purpose of the program is to prevent uncertainty about the date of commencement of the evacuation, as well as how that evacuation is portrayed in the media.

The program will save the Israeli public from photo after photo of residents fleeing their homes to live in tent cities in the North or South, military officials added, and provide the security system and the cabinet stamina for a longer conflict without casualties on the home front.

There is a core program of the division of responsibility between the IDF, the local authority and the National Emergency Authority (NEA). The army will be responsible for the actual evacuation of residents to safely remove them from danger zone. The goal is to prevent the looting of houses and report to residents whose homes were damaged from shelling in real-time.

The NEA will be responsible for coordination between the authorities, funding and relationship with communities; the Israeli government is providing sole funding of the program.