You are here: Home / Europe / From Raqqa to Paris: the chilling mutation of ISIS’ strategy 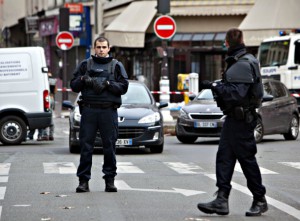 Friday’s terror attacks in Paris seem to confirm a turning point in the ISIS strategy. Until recently, the jihadist group was almost exclusively focused on reinforcing and expanding the borders of its self-proclaimed caliphate. But now its radical ideologues are targeting “crusader nations,” those participating in airstrikes against ISIS in Syria and Iraq.

In that respect, the statement the group released after the attacks shared the same hateful rhetoric against France and Germany, whose soccer teams were playing Friday evening in the Stade de France, one of the sites that was attacked.

Is this shift the result of its weakness on the battleground in Syria and Iraq? Though the Russian airstrikes haven’t led to the indisputable successes claimed by its military, they have put major new pressure on the jihadist organization.

Similarly, the U.S. has reinforced its presence on the ground by creating a new militia, the Syrian Democratic Forces, which in fact relies almost exclusively on Kurdish fighters. On Friday, this organization recaptured Sinjar, a Iraqi town on the Syrian border, opening up the possibility of a future offensive against Raqqa, the Syrian “capital” of ISIS.

It’s in this context that the Sinai ISIS offshoot claimed responsibility for the attack against the Russian airplane two weeks ago that killed all 224 passengers on board. The aircraft’s black boxes haven’t revealed all of their secrets yet. But if the terrorist lead should be confirmed, the act would in many ways represent a first for ISIS, not only in targeting the Egypt’s tourism industry, but by attacking the “faraway enemy” — in this case, Russia.

Al-Qaeda founder Osama bin Laden was obsessed with this “faraway enemy,” first and foremost the United States, whereas the ISIS ideologues have instead been focused on establishing their caliphate. That represents one of the main differences between the two organizations. In the millenarian ISIS vision, it’s inside the caliphate borders where the final battle against non-believers must take place.

The only “infringement” until now to this ideological arsenal came when, reinforcing its might in Libya, ISIS said this other extension to its caliphate was a means of attacking “Rome,” on the other side of the Mediterranean. Experts say the threat was more a reference to a millenarian perspective than to the actual Italian capital.

Today, ISIS justifies its actions as retaliation for French involvement in the international coalition bombing its positions in Syria, and for France “bragging of fighting against Islam” (potentially an allusion to anti-burqa laws), or for insulting the Prophet (Charlie Hebdo).

The tragic events in France also coincide with the recent multinational Vienna summit on Syria. The question of whether Syrian President Bashar al-Assad should be allowed to stay in power was set aside as much as possible. But the powers that gathered for the occasion — including the U.S., Russia, the European Union and some Arab countries and Iran — accepted a roadmap that seeks to organize a political transition and elections in 18 months.

The Vienna meeting is now entirely overshadowed by the attacks, German Foreign Minister Franz-Walter Steinmeier said. He added that the Paris massacres had “heightened the determination” to move forward. “The killings in Syria must end,” he said. Because the war that’s been raging for more than four years in Syria concerns all of us, not just the Syrians.