You are here: Home / Analysis / From Israel and the Emirates, a beautiful lesson in Middle East diplomacy 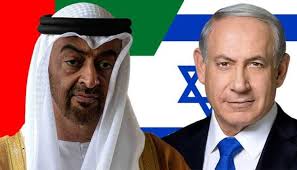 Right after news broke of the peace agreement between the United Arab Emirates and Israel came reports that a similar deal with two other Gulf states, Oman and Bahrain, might be in the works. Israel’s intelligence minister told an interviewer he expects diplomatic ties to be established with Sudan before the year is out. There was even talk of forthcoming deals with Morocco, Qatar, and Saudi Arabia, like reported by bostonglobe.com.

For the first time ever, a Muslim state on the Arabian Gulf has embraced peace with Israel. But what is most noteworthy is what was not required to make it happen.

Conventional wisdom has long held that no Arab government would normalize relations with Jerusalem without significant Israeli concessions — especially the surrender of territory (“land for peace”) and recognition of Palestinian sovereignty (“two-state solution”). Without those capitulations, Middle East experts routinely asserted, Israel would remain a pariah in the region.

The experts were wrong.

To win UAE recognition, Israel offered no such concessions: no territorial withdrawal, no deal with the Palestinians, no division of Jerusalem. Prime Minister Benjamin Netanyahu agreed merely to “suspend” his plan to annex part of the West Bank. Annexation was looking increasingly doubtful in any case, so Israel in effect traded a diplomatic headache for a diplomatic triumph.

The deal with Abu Dhabi, declared Netanyahu on Sunday, is based not on “land for peace,” but on the more durable foundation of “peace through strength.” Israel’s economic, military, and technological prowess makes it a force to contend with, and in deploying that force unswervingly to impede Iran’s aggression, it has made itself an invaluable partner to the Gulf’s Sunni leaders.

“Strength attracts and weakness repels,” Netanyahu said. “And with strength, one makes peace.”

Coincidentally, the UAE-Israel peace agreement was announced exactly 15 years from the one of the greatest blunders in Israeli history — Israel’s 2005 withdrawal from the Gaza Strip. That experience was a textbook example of the folly that results from expecting peace to result from weakness.

In the Gaza withdrawal, Israel deployed 50,000 troops to expel some 9,000 Jewish residents of Gaza and raze 21 communities in which they had lived for decades.

The name given to this expulsion by Israel’s government, then headed by Prime Minister Ariel Sharon, was “disengagement.” That label implied that by unilaterally handing over Gaza to the Palestinian Authority, Israelis would be freed from their dysfunctional relationship with the territory’s hostile Arabs. Sharon’s government offered a sweeping vision of the blessings Israelis could expect from their retreat.

“It will be good for us and will be good for the Palestinians,” exulted then-Deputy Prime Minister Ehud Olmert. “It will bring more security, greater safety, much more prosperity, and a lot of joy.” With disengagement, he forecast, “a new morning of great hope will emerge,” and Israelis and Palestinians would make the Middle East “a paradise for all the world.”

It was all wishful thinking. Israel reaped no diplomatic benefits from disengagement beyond some polite one-time gestures at the UN. Contrary to Olmert’s expectation that Israel would achieve “more security, greater safety … and a lot of joy,” the actual payoff was less security and more terrorism. Israel’s departure from the Gaza Strip was soon followed by a Hamas takeover and waves of rocket attacks into Israel proper.

What was supposed to be the ultimate demonstration of the potential of land-for-peace proved the opposite. Far from encouraging peacemakers, disengagement energized Gaza’s most extreme irredentists. The fruit of disengagement was not the promised “new morning of great hope.” It was an erosion of respect for Israeli deterrence. It was the war launched by Hezbollah the following year. It was the kidnapping of an Israeli soldier, Gilad Shalit, and his captivity in Gaza for more than five years. It was the harming of Israel’s reputation. And it was the immiseration of Gaza’s Palestinians under a Palestinian dictatorship.

Whatever else Netanyahu has gotten wrong, he learned the right lesson from the Gaza debacle: For Israel, the key to peace lies in strength, not weakness.

As last week’s announcement confirms, serious Arab leaders today accept Israel as a permanent fact of life in the Middle East and a solid ally against a common Iranian enemy. In a year when so much has gone wrong, the appearance of a great crack in the once solid Arab wall of anti-Israel rejectionism is a piece of unalloyed good news.