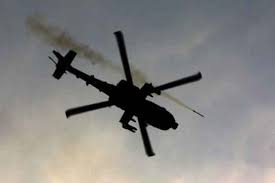 Military sources told Aswat Masriya that the 22 militants were killed in the early hours of Thursday by an Apache helicopter after information was received on a number of militants who participated in an attack against Egyptian security forces at a checkpoint in Sheikh Zuweid also Thursday.

The sources added that security forces were sweeping the area for militants.

On Wednesday, North Sinai witnessed the largest terrorist attack of its kind by ABM militants where the battles between the Egyptian armed forces and militants continued for several hours, especially in Sheikh Zuweid area.