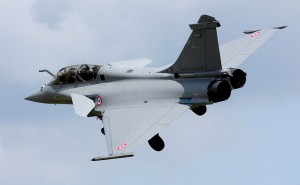 French fighter jets bombed a media center for the ISIS extremist group in the city of Mosul, in Iraq’s northwestern province of Nineveh, the group confirmed in a statement.

A French airstrike hit a building that has been used by ISIS to broadcast propaganda videos and press releases in support of the group’s self-declared Caliphate.

ISIS said in a statement that the airstrike destroyed its media center in Mosul and killed at least ten of its own media workers.

On Friday, the U.S.-led coalition bombed a weapons storage center for the terrorist group in Mosul, killing dozens of ISIS militants and destroying a large deal of ammunition.

“The coalition conducted two airstrikes on a main weapons storage facility for ISIS in the Ta’mim district of Mosul. A large deal of weapons and ammunition were destroyed in Friday’s strikes,” said Saeed Mamozini, spokesman of the Kurdistan Regional Government (KRG) in northern Iraq.

The official added that 71 ISIS corpses were collected subsequent to the airstrikes on Friday.