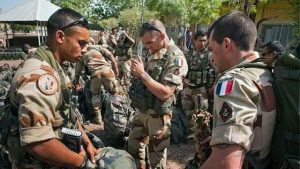 French military personnel have been deployed to Syria and are now patrolling areas in northern parts of the country under the control of the Kurdish-led Syrian Democratic Forces (SDF), Kurdistan 24 news agency, reported.

The French soldiers were said to have also deployed to northeastern Aleppo town of Manbij, which is also controlled by the Syrian Democratic Forces.

On March 29, French President Emmanuel Macron vowed to send troops to the area to deter any Turkish aggression, according to daily newspaper Le Parisien.

The newspaper also claimed that the deployment of troops from the French Army to Syria was being coordinated with the US, which already operates a number of military facilities throughout SDF-controlled parts of Syria.